Material and methods: The study involved fourteen (14) strength trained men, amateur bodybuilders (age = 21.5 ±0.9 years, body mass = 88.5 ±7.2kg) with a minimum two year of strength training experience. The results of the 1-RM test for barbell half-squat were used. The test consisted of performing a half-squat exercise according to the test protocol with the load increased every set until the maximum load was reached. Starting from a load of approximately 70% of the anticipated 1-RM, the participants executed single repetitions with a 5 min rest interval between successful trial. Each subsequent attempt was increased by 2.5 to 10kg, and the process was repeated until the load of 1RM was reached.

Results: The analysis showed that stretching before training reduced the maximum weight lifted by the study participants on the average by 4.3 ±3kg.

Conclusions: ‪The results indicate a negative effect of static stretching on absolute strength, evaluated by the barbell half squat. The authors suggest that stretching should be avoided before resistance training with maximum loads. 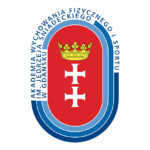